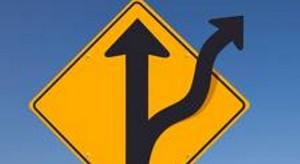 The only good thing about having a herniated disc and my doctor’s orders of complete rest is that it gave me an excuse to binge watch the entire first season of The Crown. Throughout each extraordinary episode depicting the magical life of the British monarchy, one theme repeatedly emerged: the actions of one impacted many.

If you’ve studied British history, watched the film The King’s Speech or the Netflix series The Crown, you know that death, divorce and abdication of the throne had the power to fling the best laid plans out the palace window, leaving members of the extended royal family with new roles to play. New duties to fulfill. New rules by which to abide. Albert never thought he’d inherit the throne. After all, he had an older brother who was first in line. But when his brother abdicated the throne, Albert suddenly became king and his 11-year-old daughter, Elizabeth, found herself next in line for the throne. And then, when Elizabeth’s father died suddenly, she became queen at the age of 26. Her husband’s career plans came to a screeching halt the moment she ascended the throne.

It was just one abdication, but the lives of many were changed forever.

This is not the life I had planned.

Countless ministers and their families could say the same thing. One pastor is now selling cars because a wealthy man in his church who had opposed him for years offered to pay off the church debt if the deacons would fire him. Another was ousted because of church politics and now works as a greeter at Walmart. Some ministers are selling cars while others are working as substitute teachers.

Their lives are not what they had planned.

Thankfully, we serve a God who is never surprised by the events in our lives. Our God is sovereign. He is omniscient. He takes everything in our lives—the beautiful as well as the ugly—and weaves it together for good.

Our lives, yours and mine, may have taken a different direction—one not of our own choosing. The actions of others may have caused us to live lives other than the ones we had planned. But that does not mean our lives cannot be extraordinary and used by God for His purposes. Somehow, in ways that I do not understand, our lives are all part of His perfect plan. Perhaps someday it will all make sense. Perhaps not. We probably won’t fully understand until we get to heaven. And then it won’t matter.